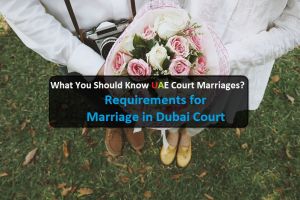 The UAE offers a staggering variety of extraordinary wedding backdrops from misty mountains during the winter to majestic deserts and luxurious resorts. Not only that, it is also the home to some of the most talented wedding suppliers. This is why if you are looking at having a memorable wedding celebration, you definitely did the right thing by choosing the UAE! Whether you want a romantic wedding or modern soiree, Dubai, in particular, will not fail you!

Before we get all dreamy and caught up with floral clouds and manor houses. Let us take a deep dive into the legalities that involved in UAE court marriage. After all, we want to ensure that you’re tying the know just nice and tight! Just like with any other legal commitment, you will best left off in the hands of the professionals, particularly marriage lawyers in UAE. Who will help you jump through hoops especially with the paperwork. They will help you experience a stress-free, painless process of getting married in court in UAE!

Civil or Court Marriage in UAE

Of course, we have to start with the definition! You may ask: what is a court marriage? A court marriage, also known as a civil ceremony, is marriage that does not have any religious context yet with full recognition in the eyes of the law.

Authorities for Islamic marriage in UAE

In the UAE, there are seven emirates and each emirate have an authorized marriage officer who referred to as a Mazoon. A Mazoon works under Sharia law provisions and conduct marriage in the Judicial departments of UAE and Sharia Courts.

Another organization that is responsible with Dubai court marriage is UAE Ministry of Justice. It launched its marriage service which lets couple wed with a designated officer for marriage.

Both the Dubai Courts and Abu Dhabi Judicial Department facilitate marriage applications with provide services of officers for marriage. They are able to assist residents and expatriates alike who plan on getting married in a court in UAE. It is best to seek the help of a marriage lawyer in UAE prior to submitting a marriage application with the courts not only to save time and money, but also make sure the marriage application is not rejected by proper authorities.

Marriage of a Muslim couple within the UAE will abide by Sharia Law provisions. Sharia law applies to all couples that are Muslim regardless of the nationality.

With a Sharia marriage, the bride and groom both need to be Muslims. Sharia law permits a man that is Muslim to marry a woman that’s non-Muslim. However, a woman that is a Muslim will not be able to marry a man that hasn’t converted to Islam yet unless there is approval of a judge. UAE Dubai marriage allows polygamy. Any Muslim man will be able to have several wives. If he is able to provide equal treatment to all wives.

Click here to know why you need a guardian to get married in the UAE?

Marriage for other religions in UAE

A non-Muslim couple that plans on marrying in UAE may be able to conduct the wedding ceremony at the consulate or embassy of their country of origin that is based in UAE. For such wedding, a marriage certificate has to be processed with the Judicial Department of UAE.

There are special cases, for example, a foreigner wanting to marry a UAE national. In such case, a good conduct and behavior certificate acquired from Police Departments in UAE in order to proceed with the marriage application. An Emirati woman that have obtained citizenship in UAE through extension not allowed by UAE local laws and regulations to marry a foreign national.

You may want to know: How to Get Married in Dubai for Filipino and American?

Requirements for marriage in Dubai court

There are documents that have to be furnished by a couple that plans on going through UAE court marriage. They include the following:

UAE is one of the most sought-after places for tying the knot. With so much beautiful sceneries and lenient regulations. There no reason left not to do so! If you plan on getting married here in the UAE, make sure you have the necessary documents and certificates. If you also want to ease your experience with the marriage application process, you can talk to our marriage lawyers in UAE! Here in Dubai court marriage Lawyers, we have a team of lawyers and legal consultants who will help ensure you have a wedding to remember for the years to come! 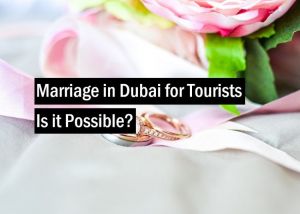 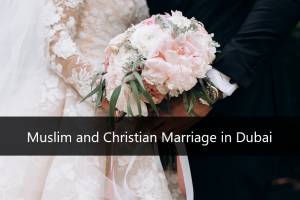 Muslim and Christian Marriage in Dubai 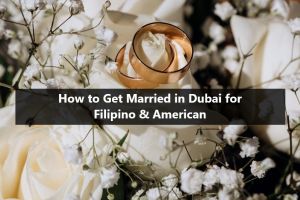 How to Get Married in Dubai for Filipino and American